Home / Blog / The Road to Mental Health Recovery After Disaster

The Road to Mental Health Recovery After Disaster 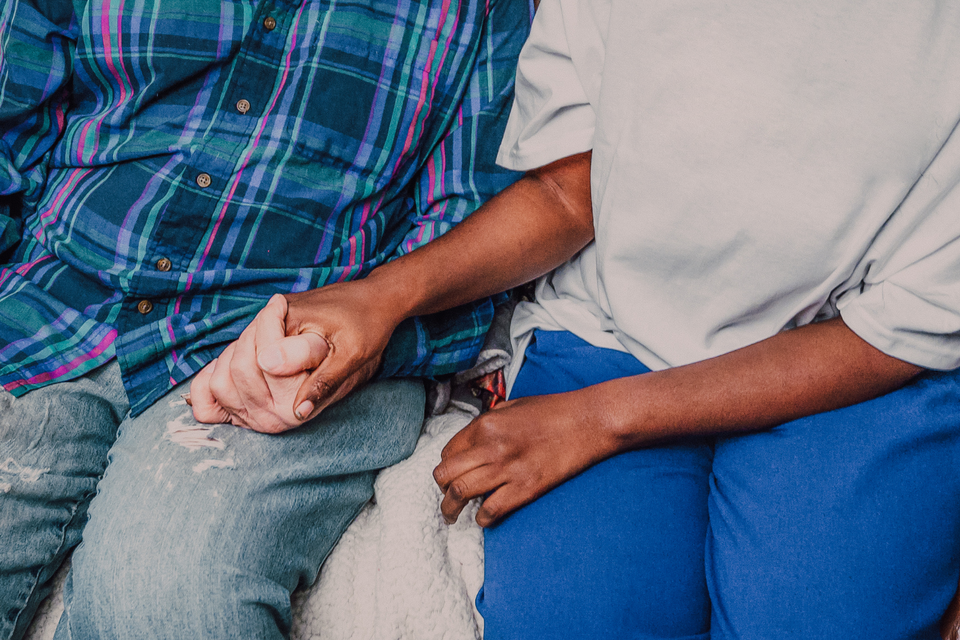 When disasters such as hurricanes, floods, or fires strike, the immediate impact is easily recognizable. Tangible items, from cars to houses, are destroyed, and hundreds of thousands of people are displaced. In 2017, the world saw how Puerto Rico was impacted by Hurricane Maria. Entire neighborhoods were flattened by the storm, resulting in an estimated $90 billion in structural damage and leaving countless islanders without power for almost one year after the disaster.

Natural disasters have a clear impact on a community’s infrastructure, economy, and physical well-being. Now, experts are beginning to understand how these events can lead to long-term mental and emotional repercussions, too. In the months following Hurricane Maria, Puerto Ricans faced higher rates of depression, anxiety, and other mental health issues. In fact, the suicide rate increased 29 percent, according to the Puerto Rico Department of Public Health. The mental health impact has lingered, even two years after the hurricane. In 2019, the American Psychological Association stated, “One-fifth of the island’s residents reported needing or receiving mental health services and 13% said they started new or higher-dose prescription medications to treat emotional problems.” Emotional repercussions like those affecting the victims of Hurricane Maria point to the pressing need for prompt disaster mental health preparedness.

Dr. Reggie Ferreira, director of Tulane University’s Master of Science in Disaster Resilience Leadership, has conducted extensive research in this area. “When it comes to disaster, people think, ‘It won’t happen to me.’ However, 25 percent of the world’s population has been impacted by disasters in the last 10 years. So you have a 1 in 4 chance of being impacted yourself.” Preparation, he notes, is key. Education about disaster-related mental health issues and available resources is an essential first step to preparation.

Stages of Trauma During and After Disaster

According to the United States’ Substance Abuse and Mental Health Services Administration (SAMHSA), the onset of disaster-related trauma is a multistep process characterized by six distinct stages: pre-disaster, impact, heroic, honeymoon, disillusionment, and reconstruction. Throughout these stages, survivors experience a range of reactions, thoughts, and feelings. Each person reacts to trauma differently, and symptoms may present in various ways. Common indicators of trauma include feeling sad or numb, difficulty sleeping, feeling irritable or angry, and experiencing fear and anxiety. In order to provide effective disaster mental health support, social workers need to understand each phase of disaster-related trauma:

Fear and uncertainty are the key characteristics of the pre-disaster phase, which can last anywhere between a few minutes to several months. In the case of Hurricane Maria, this phase likely lasted throughout hurricane season, creating a persistent sense of fear and anxiety throughout the community. Even in the aftermath of the storm, Joanna Medina, an English Teacher at Escuela Secundaria Luis Muñoz Marín in southeast Puerto Rico, could recall the details of this phase. She described to NBC’s Today News the vivid memories she had of newscasters on local channels and their worried expressions as they described the situation. “You can tell on the faces of the news reporters,” she said. “This is big. This is big and it’s coming straight for us.”

A range of intense emotional reactions takes hold as people react to the actual event. Individuals first experience shock and disbelief, which are often followed by panic. This phase was clearly visible in the days before Hurricane Maria made landfall, as islanders move en masse to get away from the impending disaster. Data from Google revealed that travel out of Puerto Rico increased 20% as the hurricane became imminent. One young survivor of the storm described the intense fear she felt in Scholastic’s Kids Press, writing, “I was frightened for my life. Using the remaining battery charge on my phone, I texted my friends to tell them that I love them.”

During the heroic phase people become frantic and exhibit a lot of activity that isn’t necessarily productive. The heroic stage of trauma is often the basis for inspiring human-interest stories in the media – for example, stories of teachers who tackled gunmen on their campuses or people who ran into burning buildings to save others still trapped inside. In the case of Hurricane Maria, for example, British helicopter pilots rescued three people from a capsized boat in the immediate aftermath of the storm. “There was obvious joy in the command center when the aircraft spotted them and the helicopter hoisted them to safety,” Admiral Peter Brown, who participated in the rescue, told Associated Press reporters.

The honeymoon phase typically begins when disaster assistance becomes available. Acts of self-preservation and individual heroism are no longer needed as disaster relief specialists take over, providing aid and support to those affected. In Puerto Rico, this aid came from organizations like the nonprofit World Central Kitchen, which stepped up quickly to provide more than 3.6 million meals for Puerto Ricans in the aftermath of the hurricane, according to The Guardian. “People keep asking me: ‘Why are you still cooking? You are a science major,’” one volunteer told the paper. “But I’m volunteering and helping people … it’s not like coming to work, it’s like coming to see my family.”

The honeymoon phase typically gives way to disillusionment. Individuals and communities, still under stress, lose hope. This stage was particularly notable in the aftermath of Hurricane Maria, with communities experiencing prolonged periods without electricity, clean water, or lines of communication. The disillusionment phase can last for many years following a disaster. In Puerto Rico, signs of disillusionment remain pervasive today. After a year without electricity, one public utility worker shared with Wired magazine that he “wasn’t expecting the level of desperation” that he saw, and it frightened him.

Reconstruction, the final stage, focuses on recovery. People start rebuilding their lives and communities, and a “new normal” ensues as people move on while still grappling with loss. Communities in Puerto Rico participated in reconstruction in many ways. Some people volunteered to work on rebuilding homes and other structures — like Orocovis school director Alberto Castillo, who outfitted his elementary school with solar panels and microgrids to provide students with electricity. He said of his innovative reconstruction plan, “We needed kids to at least have access to warm food and cold water.” Others housed and cared for friends or relatives while they waited for shelters to be available.

With residents reeling from the deadliest U.S.-based disaster in 100 years, according to NBC News, reconstruction has been slow, and has also involved redesigning infrastructure to include more hurricane-ready power sources. Reconstruction efforts like these help to return the community to normal. However, the reconstruction phase can last for years and is still taking place to this day in Puerto Rico.

Social workers and disaster mental health recovery counselors are vital in supporting individuals and communities through the recovery process. Working one-on-one to help individuals process trauma is one essential step in disaster mental health recovery. Through this process, social workers can help identify symptoms of trauma and connect them to valuable resources and support networks.

Social workers can also make an impact through community preparedness and education.“It seems so simplistic, but you would be surprised how many folks don’t know what resources are available to them or how to access them,” Dr. Ferreira notes. These resources may include water and shelter, or less tangible support like a sense of belonging and support. “These things can go missing through disaster, and this is where a social worker or disaster resilience worker can provide temporary relief,” Dr. Ferreira explains.

Being informed empowers individuals, families and communities, especially in terms of disaster mental health resources. According to Dr. Ferreira, “Individuals who have access to resources are more resilient and able to address traumatic events post-disaster than those who are not aware of resources that are available.” The following organizations are resources for useful information on disaster relief and related mental health issues:

Additionally, the Disaster Distress Helpline (DDH) offers year-round disaster crisis counseling. DDH is toll-free, multilingual, and available 24⁄7 to residents in the United States and its territories. The phone number is 1-800-985-5990.

The resources listed above are certainly valuable, but they rely on the efforts of individual people to remain active. Social workers and disaster relief specialists ensure that individuals and communities know about these resources and that they remain in operation. If you want to contribute to this effort and join the ranks of people who support disaster mental health, consider the Tulane University Master of Social Work program and the Disaster and Collective Trauma Certificate, a Master of Science in Disaster Resilience Leadership, or a dual MSW/MS degree. Through courses on topics including crisis intervention, clinical treatment approaches, and disaster resilience leadership, students learn to identify trauma and help alleviate its effect on individuals and communities.

How Parker Sternbergh Found a Second Career as a Social Worker

The Atlantic, “What’s Happening with the Relief Effort in Puerto Rico?”

Medscape, “Disasters, Ever Increasing, Take Their Toll on Mental Health. How Can We Fight Back?”

The Guardian, “My Maria Story: Six Puerto Ricans on Survivng After the Hurricane”

Sleep, “Is Resilience A Protective Factor For Sleep Disturbances Among Earthquake Survivors?”

Wired, “What Happened in the Dark: Puerto Rico’s Year of Fighting for Power”